To prepare or to wing it?

Pat Kinsella — 2 May 2019
We talk to four seasoned explorers to discover just how much homework you should put in before setting off on a large outdoor escapade.

“When I swam the length of Britain, my poor planning meant I started a month later than I should have. So I was still swimming in Scotland in November, and the weather was bad, and we nearly sank the boat, and I nearly got washed out to sea…”

Sean Conway – a man who had enough foresight to grow a bushy beard to protect his face from jellyfish stings during his 1,500km swim from Land’s End to John o’ Groats – doesn’t shy away from the near-disastrous failure of his pre-expedition planning.

But just as the jelly-proof red beard has become an integral part of Sean’s narrative, so too have such tales of calamity. Just as they do for almost every adventure story worth hearing. 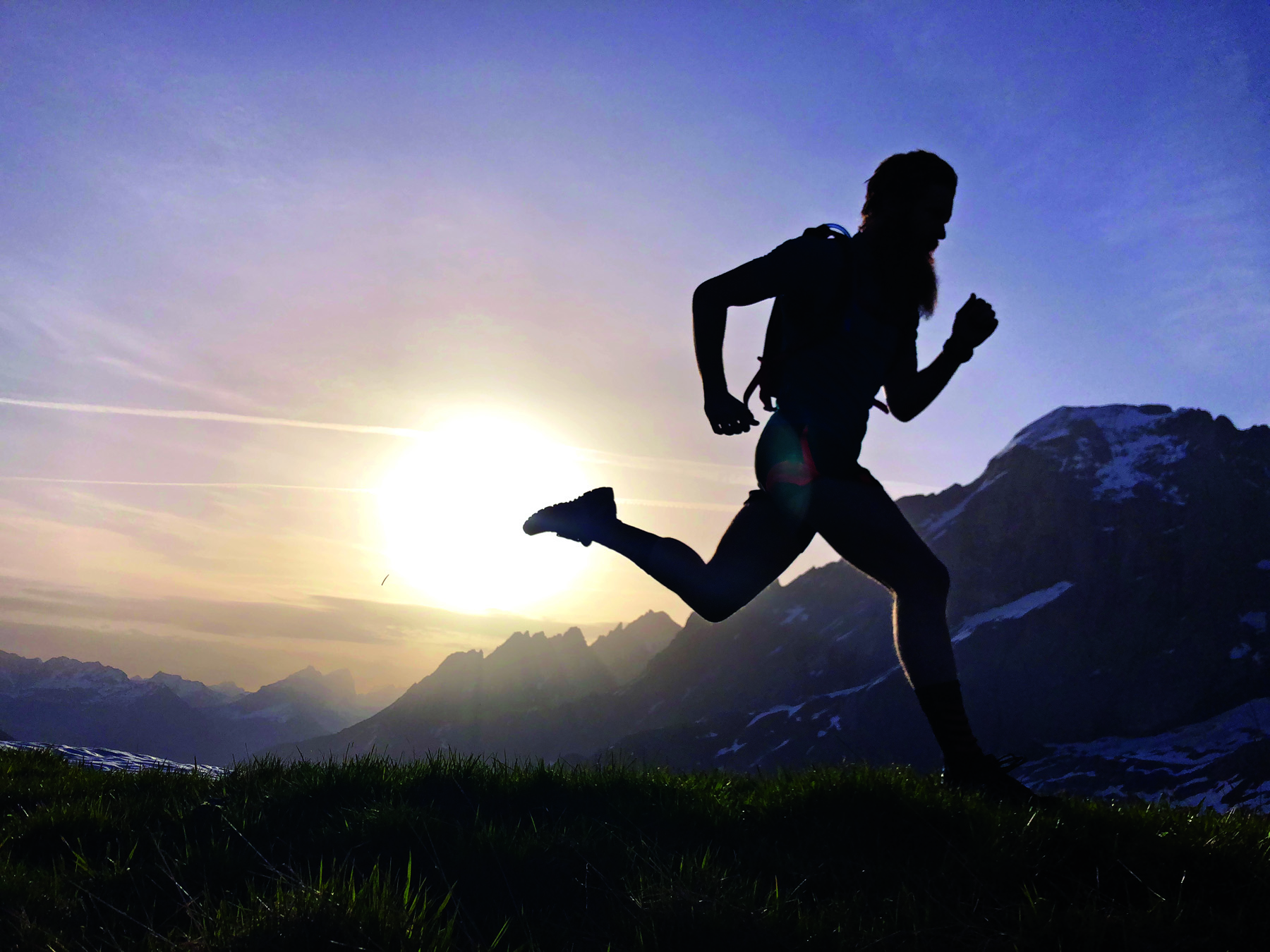 The fact of the matter is, expeditions are measured in negatives just as much as they are measured by achievements. The physical discomfort endured, the setbacks suffered, the conflicts dividing companions – we lap this stuff up, armchair observers, outdoor peers and participants alike. It sells books. Attracts film makers. Begets legends.

But no one with any real outdoor experience would go into an adventure actively looking for trouble. Not if they’re taking on something serious enough to be justifiably called an ‘expedition’. And although dealing with the unexpected is all part of the challenge when you’re dancing with wild and elemental forces, decent planning is what allows people to come back and tell their brink-of-disaster stories.

Sean Conway is now firmly established as a professional adventurer, who most recently set a new record for cycling across Europe, from Portugal to Russia ( 24 days, 18 hours and 39 minutes). His mantra, or rather his signature set of objectives for any given expedition, is: ‘first, furthest, fastest’.

When these are your primary goals you can’t afford too many hiccups, so precise planning assumes a very high level of importance.

“I’m out to break or set records, and that means stealing minutes here, there and everywhere. I have to look at all the things that could happen that might end my attempt.

“During the European cycling world record, the things I was concerned about were getting run over, falling asleep on the bike, suffering an injury, having a catastrophic mechanical, or encountering horrendous headwinds.

“Planning is all about limiting the risk of those things happening, or being prepared to deal with them if they do. Choosing the time of year when the weather is best, taking enough spare tyres, spokes and caffeine tablets – that sort of thing is my number one priority.”

But even the best-laid plans can go awry, as Sean knows only too well. An injury cut short his first attempt at the record cycling trip across Europe. Just as two earlier escapades ended in failure: a mooted mission to cycle around Australia, and his first stab at running the length of Britain (during which he suffered an expedition-ending knee injury after 320km, when he tripped over while trying to take an action selfie).

Lessons are best learned the hard way. Sean says his round-Australia ride floundered before it began, because he rushed it and didn’t allow sufficient time to line things up properly. And he has sworn never to take another selfie while running.

At the opposite end of the speed spectrum is Jasper Winn, a specialist in slow adventures, whose expeditions take place at the kind of pace where you can almost plan things on the hoof.

“Most of my mental preparation for a journey seems to take place subconsciously,” says Jasper.

“But that could be because the trips I’ve done either have a long, low-key gestation period, or just happen on the spur of the moment. To be honest, there’s not a lot of conventional planning going on.”

To date, the Irish adventurer and writer’s exploits include: cycling across the Sahara twice (the second time because he forgot to plan how he was going to get back); canoeing the length of the Danube; paddling around Ireland; pedalling across West Africa, through India and around Iceland; and roller-skating the length of the Netherlands.

“Quite a few of my trips have been conjured up almost as an antidote to the discomfort of a trip that I’ve been on,” he concedes.

“Sea-kayaking 1,600 kilometres around Ireland had been in my mind since the 1980s, when I was cycling across the Sahara.”

He says that at that time, “Dreaming of being at sea was an abstract idea. A fantasy of water and greens and blues and pubs, to let my mind play over as I pedalled across mile after mile of gravel and sand under burning sun.

“But my subconscious seemed to take it seriously and slowly worked on it over the decades, so that when I ‘decided’ to circumnavigate Ireland, the motivation – though, to be honest, not the skills – was there fully formed, and once I was launched each day built on the other.”

Of course, the nature and location of your expedition play a large role in determining how much planning is required. Riding, running, paddling or even swimming in a place which is well populated with people who share your own language and cultural norms is one thing, but journeying into the unknown and potentially dangerous is something else altogether.

Imagine you were planning on kayaking from Germany to Australia, like Sandy Robson did in four stages between 2011 and 2016, paddling 23,000 kilometres in a sea kayak, retracing an extraordinary historic journey taken by a guy called Oskar Speck in the 1930s.

When Oskar set off on his odyssey, he didn’t have a grand plan to make it all the way to Australia. Initially at least, he was escaping economic depression and unemployment at home, by paddling down the Danube towards new horizons. But he just kept going.

Seven decades later, to replicate his journey, Sandy had to spend almost as much time planning as she did paddling – going over a world map that had been redrawn several times since the ’30s, and facing both risk levels and international regulations that had been amped up a few notches in the interim. Fortunately, this was no obstacle for her.

“I’m a professional outdoor educator, so I usually spend way too much time making sure the planning is done to perfection,” she says.

This includes reading maps and guidebooks for information on the route, checking historic weather, doing risk assessments, developing contingency plans, packing repair and first-aid kits, and so on.

But one lesson Sandy learned from her previous expedition – an attempt to circumnavigate Australia – was that planning for something on such a big scale needs to be less precise and a lot more strategic.

“When I set out to paddle around Australia, I suddenly realised that you have to break such a trip down into manageable chunks and you can’t plan it all like you would a week-long trip.

“You need to leave room for the people you meet along the way and the new directions they might take you, or for places you find that you might decide to stay for a few days rather than one night.”

Sometimes, though, no amount of preparation can protect you from expedition-ending events. Sandy cut short her planned circumnavigation of Australia after a huge saltwater crocodile attacked her in Far North Queensland. She narrowly escaped the enraged animal when it pursued her kayak into a cove.

The unnerving experience put her off paddling the Top End alone, but it didn’t quench her thirst for adventure; her next, Speck-inspired expedition was a successful recreation of arguably the greatest kayak expedition in history.

On this vast journey, she developed a full appreciation of one of the special but often overlooked things that make it all worthwhile: the connections you form.

“There’s a lot of joy in the kindness of strangers and the people who help you along the way, hosting you for the night, welcoming you to their world and supporting you when things go wrong,” she says.

PLAN TO NOT PLAN

Another Australian adventurer eyeing an epic objective is Mark Kalch, who is halfway through a decade-long mission to paddle the longest river on each continent, from source to sea. His ambition began in 2008 with a 153 day rafting adventure along the 6,680 kilometre Amazon River.

Since then, Mark has averaged a big expedition every two years, including a walking journey across Iran. When you’re juggling other commitments (including a young family and work), it takes that long to plan the kind of self-supported trips he undertakes. But no matter how much preparation he puts in, Mark does like to leave some room for unexpected factors.

“I like to make sure I don’t know what is around every corner,” he says.

“Sounds a bit trite, but the unknown aspect of my journeys is what, in large part, draws me to attempt them in the first place.”

Not that surprises are always pleasant.On the Amazon, Mark and his two companions were shot at (by both bandits and soldiers), and they came very close to losing their raft in an unexpected section of rapids.

“And when I made my source to sea SUP descent of the Murray-Darling in Australia last year, I don’t think anything could have adequately prepared me for the lack of water in the river, despite the fact that I knew levels were low. Days and days of portaging and dragging my board down the riverbed got old pretty fast.”

Other times serendipity has been on his side.

“When I walked across Iran in 2010, all I had was the local edition of what could be compared to an AA road book,” he recalls.

“I crossed the entire country, including two major mountain ranges, without a heck of a lot of intel, and it worked out just fine.”

Even Sean Conway, with one eye always on the clock, agrees that real expeditions need to allow for elements of the unexpected.

“Someone once said, with the right amount of planning you can take all of the adventure out of your adventure,” he states.

“You’ve got to allow for a little spontaneity.”