Andrew Hughes — 2 December 2010
Planning a lazy paddle around a beautiful scene? Then check out our top 10 kayak day trips.

We're spoilt for choice when it comes to deciding which Aussie paddling destination to tackle. Grab your gear and take on summer's cream of the crop, picked out by Spirit of Adventure award winner, Andrew Hughes.

Whether you're finally trotting down to the water's edge to wet that old kayak you found in the garage or have smashed through more beach breaks than you've eaten summertime ice creams, the bubbling surf, smooth-as-silk lagoons and rambling rivers that make up Australia's waterways continue to serve up great classics and new surprises when it comes to paddling adventures.

With more than 30,000 km of exhilarating possibilities, here are our top suggestions for launching into a liquid adventure. 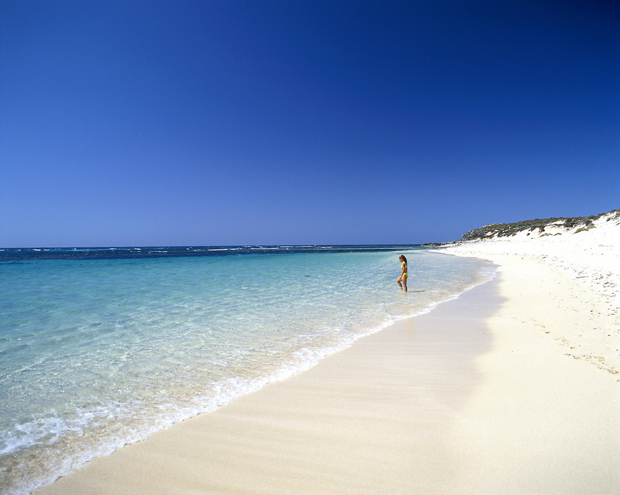 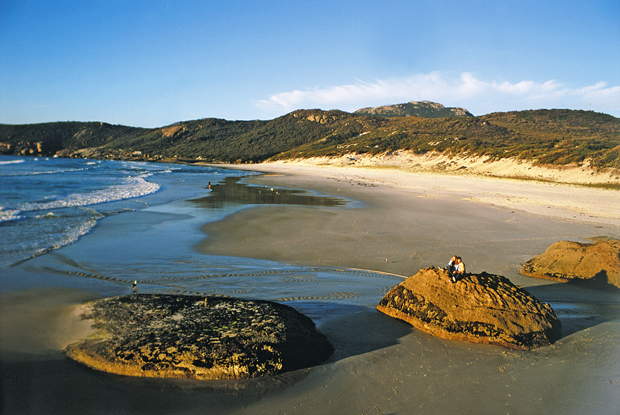 It would almost be worth fitting a rear view mirror to your sea kayak for a day trip around Sydney Harbour. Water craft of every conceivable description will be sharing the bays, points and bits in between. Start at Rose Bay and head towards the Opera House and Sydney Harbour Bridge.

Paddle beneath the bridge and make tracks to North Head before returning to Rose Bay. Depending on how many corners you decide to cut, the journey will be between 15 and 35 km. This day trip is glittering and hectic, everything Sydney should be.

If dodging furry quokkas on 'Rotto's' bike tracks sounds too tedious, take to the clear Indian Ocean waters with a paddle in hand.

The full circumnavigation is up to 30 km and requires the sort of commitment you shouldn't really be bringing to the island. If it's breezy, as it often is, or you're a sand lover, just slide around a few points and linger in one of the many idyllic bays.

Ferry's operate daily from Hillary's Boat Harbour, Fremantle and Barrack Street Jetty in Perth itself. The straight line distance is about 17 km from the mainland so you could even paddle over and save yourself the ferry fare.

On the coast of Brisbane's Moreton Bay and between 1 and 10 km offshore, the Moreton Bay Islands are a sea kayaker's haven. Far from the mania of the city, paddlers can skim across sand and mud flats observing the prolific bird and sea life, including dugongs.

Head across to Peel Island for a circumnavigation of areas only accessible by kayak, or check out Green, St Helena or Coochiemudlo islands. Pack binoculars, a camera and a little notebook and pretend you're Sir David Attenborough as you wildlife spot.

You can also transport your kayaks to Moreton Bay Island on the Ferry and cruise the coast, in between ship wrecks, dolphins and whales.

The eastern pincer of Port Phillip Bay is Point Nepean National Park. The beauty of this location for a day trip is that you can stay in the sheltered waters of Port Phillip, or expose yourself to the full treachery of Bass Strait, depending on your experience in the saddle.

Either paddle east along the coast to Sorrento for some fish and chips (highly recommended) or batten down the hatches and head through 'The Rip' into the open ocean. If you go for option two, think very carefully about tides, wind and how dearly you love life. The Rip is considered one of the most hazardous waterways in Australia.

Leave from Stenhouse Bay, where the parks and wildlife office is located, and head west to see if any brave souls are taking on Chinaman's surf break. If the swell is lining up, don't expect to make a landing - take your lunch in the cockpit instead.

This is a wild and isolated coast so be prepared for the worst and expect the best.

Re-enact the glory of crossing the finish line to win the annual Sydney Hobart Yacht Race in a sea kayak. Glide quietly past the moored fishing boats in Sullivans Cove and yell taunts at the poor land lubbers who stare achingly as your bow cuts a razor sharp trim.

The Hobart waterfront can be accessed at many points and is a stunning way to experience the city with Mt Wellington as a backdrop. To find the fish punts who serve lunch, just follow the seagulls. There are several kayak hire businesses if you're planning to fly over from the big island.

We've all seen the power-walking pollies and cycling senators zooming around the nation's capital in front of the TV cameras. Which one has the gumption to be the first sea kayaking pin-up boy or girl?

Lake Burley Griffin is the closest and most accessible place for getting wet in the land locked ACT. Created by damming the Molonglo River, it is 11 km long and 1.2 km at its widest. It's perfect to test your new kayak's sailing rig without getting smashed by the surf. Get in touch with the Burley Griffin Canoe Club to get started.

Boreen Point on Lake Cootharaba is the beginning of a day trip down the lower Noosa River. Paddle a short distance along the shallow shores of the lake to find the southern outlet. Navigate the narrowing river between melaleuca and casuarina forests down to Lake Cooroibah and further to Tewantin and the Noosa Bar.

In recent years a restriction on vehicles has prompted an increase in the migratory shorebird population. Tow a surfboard behind you and hit the Noosa points if there's time. The full journey is about 20 km but there are opportunities to pull out earlier.

Mowarry Beach isn't quite as popular as Bondi. Actually, it's not even close. Tucked into the far south coast of NSW in the Ben Boyd National Park, few people venture there. Check the wind and swell conditions before you set out. Start at Boydtown and paddle out of the sheltered waters of Twofold Bay.

The national park begins on the other side of the woodchip mill at Edrom. Stick close to the rocky coast to view cormorants and other sea birds filling their bellies. Mowarry Beach sits beside a cleared area that used to be a farm and now makes an ideal base for a skinny dip.

"Thar she blows!" King George Sound used to see harpoons flying among the bays of rounded granite and sandy beaches. Now the whales that come to breed between July and October are greeted with pointed fingers only.

Paddle from Middleton Beach, Albany, down the eastern side of Vancouver Peninsula to Frenchman Bay. Visit Whale World for a replenishing lunch before returning the same way. If you're there in the warmer months pack your togs, a mask and a snorkel to explore the underwater world of the headlands.