Aaron Flanagan — 15 September 2019
Outdoor takes in the full pristine splendour of a classic New Zealand South Island alpine backcountry adventure. Is it any good? Is it ever.

Edmund Hillary, the dramatic realisation of Mordor, a rugby front row made of solid rock; it doesn't matter in what guise, Kiwis seem to strongly identify with mountains. And it’s no wonder. If you scrutinize the geography of the place it’s clear the entirety of New Zealand, North and South, is a mountain. A sort of two-part seamount plateau poking up through the South Pacific. An upside down boot-shaped, above-sea-level landmass; the most prominent feature of the supermassive Zealandia microcontinent, ninety three per cent of which is submerged beneath the Pacific Ocean. Ninety three per cent subaquatic, seven per cent terrestrial.

In the story of Adventure Consultants, the number seven is serendipitous. In 1991, the founders of the world-leading adventure expedition outfit, Rob Hall and Gary Ball, successfully summited the fabled seven summits in seven months, an epic achievement. Soon after, their commercial guiding company came into being.

In 1996, after the tragic deaths of both men in separate incidents, the current CEO, Guy Cotter, took over operation of the Wanaka-based firm. Adventure Consultants organise global and domestic mountaineering and skiing expeditions for beginners way up to the most advanced. Indeed, they are one of the world’s premier high-altitude specialists, having successfully guided more than 300 people to the summit of Everest. 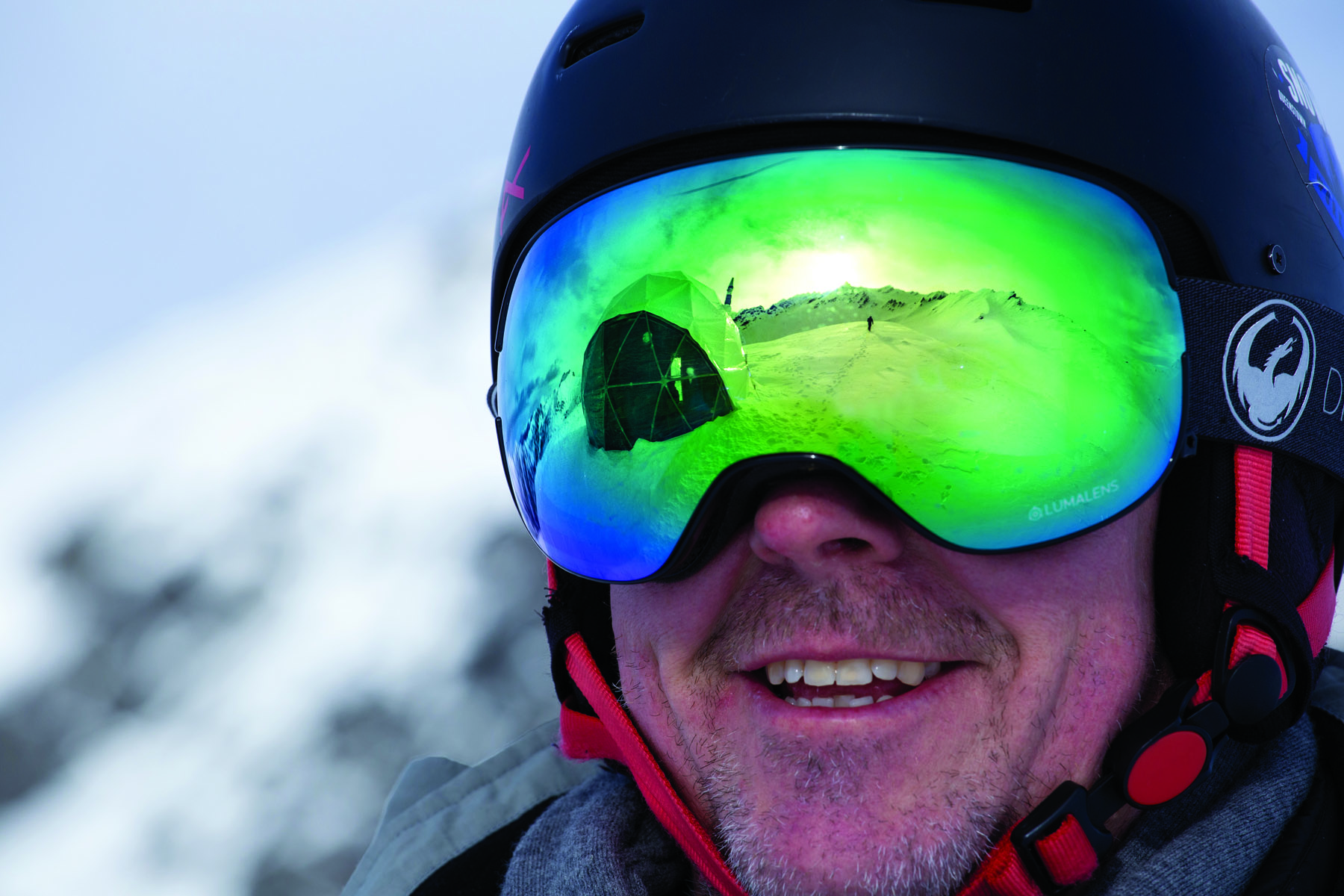 Credit for all images: Andy Cole.

As acknowledged world leaders in adventure touring, their response to the now infamous photograph depicting a line-up of people waiting to summit Everest, a single picture that made front page news around the world for days on end, was telling. Cotter said upon seeing it, “the congestion up there on that day was horrible, but not typical. People are dying because of ignorance and greed.”

Adventure Consultants are certainly into helping people realise their mountaineering dreams, but rather than getting them hell-for-leather to the top of Everest, they take an experienced approach, encouraging each of their clients to properly understand their own personal limits. They provide the highest standards of training, back-up, support and resources to help provide a quality experience through every level of their organisation. This encompasses world-class internationally qualified mountain guides leading small groups to lessen impacts and increase personal satisfaction.

Outdoor discovered all this recently during a trip to the First Tracks Wanaka Geo Dome heli camp. The dome experience is like a first mountaineering rung on a ladder that could eventually lead to the summit of an 8000-metre peak. It’s essentially a backcountry ski trip that enables guests to spend two, three or even four nights in a pristine mountain environment. The camp is set up in the McKerrow Range, serving as an ideal base for guided ski-touring activities over winter and then climbing and trekking activities during the summer months.

“Lately we’ve been hosting all sorts of groups,” Cotter says. “Some are happy just touring the area while others want to focus more on upskilling their backcountry touring capabilities. Over this last week guests have been enjoying some great ski touring and basic mountaineering.”

The steel-framed domes are situated at 1600-metres between Lakes Wanaka and Hawea. They’re covered in a durable PVC with an insulated liner to retain warmth and are decked with a wooden floor. They’ve been set up with the objective of providing groups with comfortable yet discreet lodgings deep in the heart of a truly remote mountain environment.

“We fly to and from the high-mountain location via short helicopter ride from the shores of Lake Wanaka,” Cotter says. “From up there we have fantastic views of the peaks and lakes of the region, with Mt Aspiring being a prominent feature.”

Getting waist-deep in soft white powder is the obvious hook of any backcountry ski trip. Carving through fluffy white virgin powder elicits pure joy, but even more powerful than this is the simple awe of being surrounded by towering mountains. It’s a serene self-reflective experience at the quiet end of the excitement scale; just you and the mountains. No wonder yodeling was invented in a mountain environment.

To get the most out of a heli-trip to the alpine slopes around the First Tracks domes, Outdoor’s backcountry ski team recommend thoroughness in all areas of pre-trip preparation.

“Fitness, solid mountain knowledge, having a positive mind-set and being confident in your skiing skills and set-up is, as you’d expect, important.

“This didn’t surprise us; of course it’s always best to be strong in these areas, it goes without saying, but it took us by surprise once we were out on the amazing slopes around the domes. We couldn’t help but wonder about the almost limitless potential for gnarly backcountry adventure, if our skill and confidence were more rock solid.

“The better you are, the more fit you are and the more experience you have, the more fun you’ll have, and that’s starting from a high base.

“But the real revelations for us were the breathtaking vistas, in every direction, the sheer silent untouched beauty of the place. Mind blowing.”

Silence is a strange phenomenon. An acoustic experience conspicuous by the absence of acoustics. In a winter backcountry setting, the transition from the frantic mental instructions that rhythmically beat through the head during a downhill descent to the sudden silence that erupts once motion comes to a halt is intense. “Was there any noise at all,” you wonder as all suddenly comes to a standstill. “I think I was screaming, but now I’m not too sure.”

The First Tracks Wanaka Geo Dome heli-camp experience is like this. It’s a huge amplification of internally erupting exhilaration going off within a majestically serene epicness.

Air New Zealand, Qantas, Jetstar and Virgin all have direct flights from Australia to Queenstown. Wanaka is about an hour’s drive from there.

The Geo Dome Heli-Ski experience is operated by First Tracks Wanaka, a subsidiary of Adventure Consultants Ltd, an international mountain guiding company based in Wanaka, NZ, operating trekking trips and expeditions across the globe as well as mountaineering ascents and courses in New Zealand and Europe.